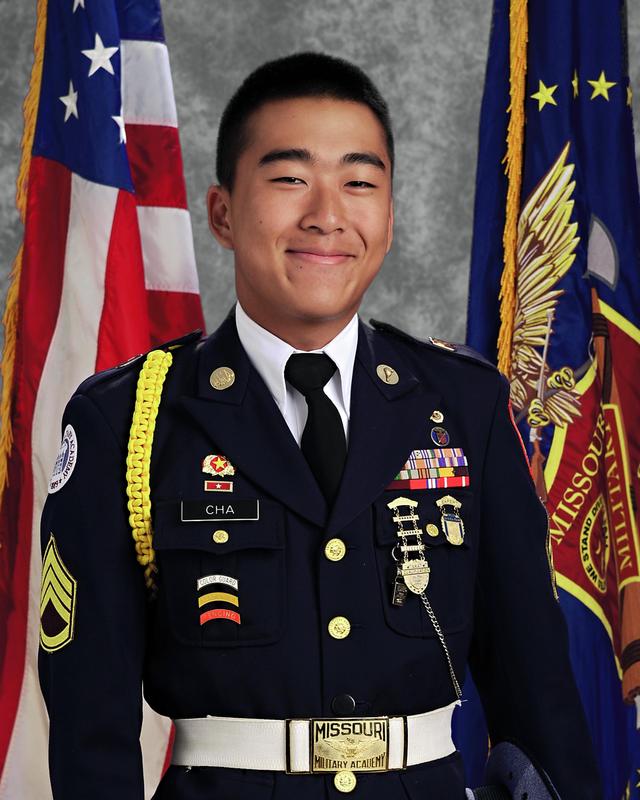 This exclusive scholarship offers more than a college education – it is intended to provide a well-rounded military education to complement Cha’s degree and enhance him as a future leader in the United States Armed Forces.

Cha currently attends Pennsylvania State University and is pursuing a degree in political science with an emphasis in national security. He represents the NROTC Basic Drill Team at Pennsylvania State and is a member of THON, a student-run organization which helps families impacted by childhood cancer.

After graduation, Cha plans to obtain his Military Occupational Specialty (MOS) and pursue a career in the intelligence and security field.

In addition to covering his college tuition, the NROTC scholarship provides Cha with the opportunity to receive three summers of valuable military training which will help him prepare for Officer Candidate School (OCS).

Cha says he is excited to attend CORTRAMID (Career Orientation and Training, Midshipmen), where he will receive more training and learn about naval ships such as destroyers and submarines.

According to Cha, Missouri Military Academy provided key leadership lessons to help prepare him for his future.

“MMA really brought the leader out in me,” Cha says. “MMA exposed me to many different styles of leadership and how enlisted and officers in the armed forces carry themselves. MMA helped shape my future and made me realize that I wanted to become a United States Marine Corps officer.”

MMA Academic Dean Mike Harding worked with Cha as his English teacher and rugby coach. According to Harding, Cha always conveyed himself with a cheery yet mature demeanor and was a model example of an MMA cadet.

"Unfailingly polite and attentive, especially when dealing with the younger cadets in the school, he constantly set a good example to others,” Harding says. “It is this willingness, loyalty and sense of duty as a leader that set him apart from his peers.”

Harding also recalls how Cha stood out for his willingness to learn the game of rugby, his enthusiasm as a team member and his constant upholding of the core values of rugby – integrity, passion, solidarity, discipline, and respect.

Missouri Military Academy is proud to congratulate Edward Cha on his achievement.